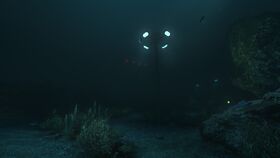 Red lights in the distance 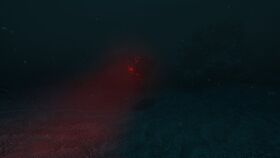 Warning: a new monster will be encountered shortly, but it is only a mild threat.

This robot is not particularly dangerous and actually seems wary of Simon, staying several feet away as it talks to him. If Simon walks in close to the robot's front, the robot will either knock him out or ascend out of reach, seemingly depending on the location. This monster might not be even capable of landing a deathblow, even if Simon is in bad shape. It can be dealt with here simply by cautiously walking around it while staying out of reach. 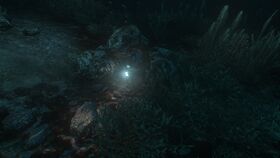 A small white robot trapped in some rocks

Note: There is another of the larger robots to the right of the structure ahead, but this one appears to ignore you. Still, there is no need to enter this area.

Note: There is another large robot past this stand. It seems to ignore Simon as long as he doesn't get close and attempts to evade him if he does. It does not appear to attack. 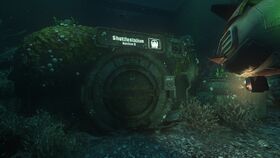