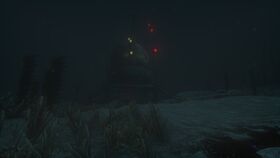 The structure outside Omicron 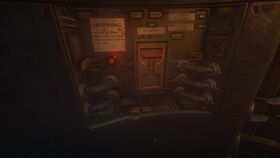 The inside of the manual override panel 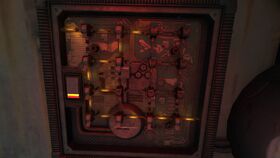 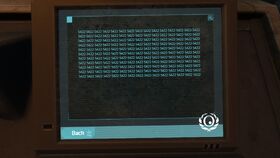 Back to Omicron exterior 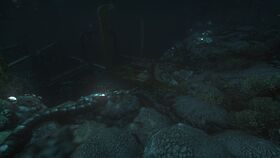 The way to the secondary entrace

To the dive room 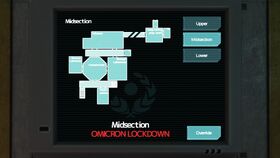 Inside the dive room 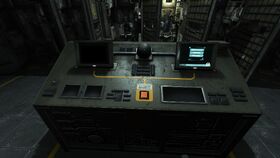 Terminal inside the dive room

Back to Containment F1 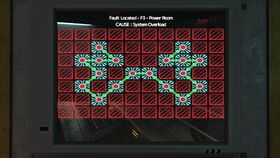 Solution for power rerouting allowing override on each floor 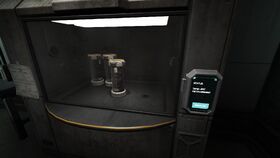 Vial of structure gel in the cleanroom 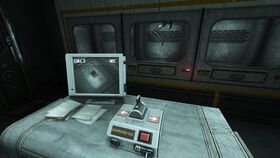 To the power room 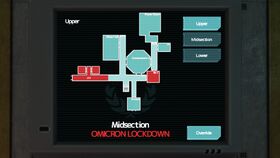 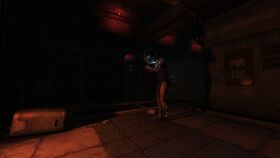 The monster encountered in the Omicron power room 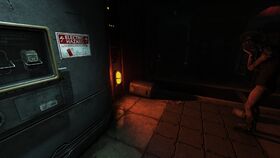 The opened storage locker containing the only remaining power pack

Warning: There is a new monster ahead in the power room. Simon seems to be able to survive three hits from this monster. It appears to be able to shake the nearby environment. It does not seem to patrol, staying in one location and only changing position after hitting Simon. Its awareness seems to increase whenever it lights up, which seems to happen whenever Simon moves more than very small steps in its general vicinity.

Avoiding a hit from it is generally a matter of taking very slow steps when it's nearby and waiting whenever it lights up. Loud noises may prompt it to chase and attack even when it is dark, so mind the debris in the room while moving. Be very careful when in front of it or to its side, and don't get closer than necessary. If it lifts its head and throws up its arms, it is going to pursue and attack. If the path out of the power room is clear, it can be possible to escape by sprinting and getting far away from it. Unfortunately, it returns to the power room, ruling this out as an alternate strategy to get around it.

To the robot repair bay 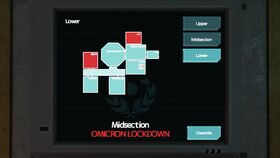 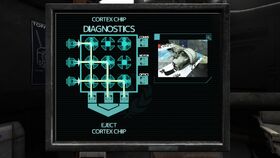 A solution for the cortex chip puzzle

Back to the dive room 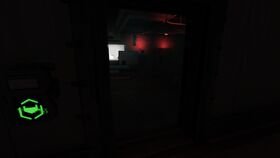 Monster in the dark medical bay 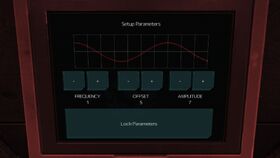 Aligning the waves in order to activate the pilot seat

Warning: the monster is now in the Medical Bay. Even one hit from it now will kill Simon outright. 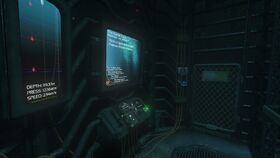 Omicron climber on the way down

The long ride down 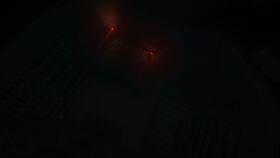 The button that restores power to the Omicron climber
Continue to Tau →
Retrieved from "https://soma-archive.fandom.com/wiki/Omicron_walkthrough?oldid=1237"
Category: